Business Derailments — Getting Back on Track 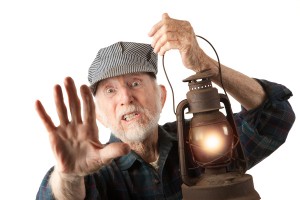 When you are running your business, do you have those moments where you stop and ask yourself “where did that come from?”  Truly, you never saw it coming.  Did you?

Over the past few posts, I have been sharing my thoughts with you about interruptions that have become a normal part of our business (and personal) lives.  Phone calls & email, solicitations, social media!, unexpected business developments, illnesses, and changed relationships all force us to pause for a moment.  The problem we all face now is that every form of imaginable interruption is running into the next—we are constantly being interrupted!

We have asked you about your tools and how you have adopted technology to improve your life.  Some of you have shared with us that you have crossed the line and permitted what was meant to improve your life has instead taken over your life altogether.  And some of you have told us that you recognized the problem and have promised yourself to turn off the Blackberry when you arrive at home in the evening so that you can remove the distractions and “have a life” outside of your business.  Kudos to you!

We discussed how difficult it can be to handle some of the more serious interruptions (we call them detours) many entrepreneurs face such as caring for an elderly parent while having to put dinner on the table, check homework and keep tabs on their own children.  We heard a story from one of our members about how she leaned on her partner to totally run the company during her husband’s last few months battling cancer.  And in return, her partner who covered everything at the business during this difficult time took an extended vacation with her family afterwards.  Incredible stories from incredible entrepreneurs!

The interruptions of a more serious nature require advance planning and careful execution.  The example of the two partners adopting a tag-team management plan during a very difficult time is resourceful and heartwarming!

When you find yourself in an unexpected situation where you are asking yourself “where did that come from?”, your stomach is in knots, palms are sweating, and you are unable to find words to speak, you have likely experienced a “business derailment.”  What does derailment look like?  Hmm… working with entrepreneurs, we have witnessed many.

Recently, one entrepreneur shared with us his derailment story.  He worked very closely with a handful of wonderful clients.  Hid specialty was taking businesses and creating strategic partnerships with multiple parties in various lines of distribution—energy, automobile, HVAC, etc.  Regardless of the industry, he was able to find ways to help people in a variety of distribution channels create relationships that made money for everyone.  He could pick his clients and was careful to work only with those able to keep the promises they made.  His livelihood depended on it.

He had competition from other professionals who wanted to do what he did, however did not truly feel that any of her clients would jump ship.  He enjoyed solid relationships and many years of dedicated service and successful transactions under his belt with each of his clients.  However, he was wrong.  And in this case, very wrong.

The first sign of trouble was an early morning call from the client informing him that he was fired.  Ouch.  He truly didn’t see that coming.  Apparently, the “competition” was able to convince her client that he was doing a bad job and was not needed any longer.  The new professional promised they would take care of everything!

Turns out the new professional “competition” was an attorney pretending to be a consultant.  And before long, this attorney convinced the client to file a lawsuit claiming negligence.  Double ouch!

This entrepreneur shared his story with me and the agony he endured during the first few weeks after receiving the news of the negligence lawsuit pending against him.  He told me that when hr started the relationship with this company, its revenues were about $1M and operated from the basement of the business owner’s home.  Three years later at the time he was fired and sued, the company’s revenues exceeded $12M, it owned and occupied a 6,000 square foot facility and employed 15 people.   This otherwise successful entrepreneur who worked side-by-side with her client had been totally derailed.  And he never saw it coming.

Over the next few weeks, he had to resolve many matters, including wrestling those demons in his own head.  “You know all about those demons if you have ever been there” he told me.  He could not work, think or relax.  He became consumed with what happened and was determined to clear his good name.

What hr did next was simply brilliant and I want to share it with you because it was what he claims to be “the secret” to overcoming his derailment.

He put a box around it.

Okay, I didn’t get it either—until he explained.

He called hid attorney and told her that he would only deal with the lawsuit for one hour per week MAX!  He gave it 60 minutes every Friday morning from 8:30 a.m. to 9:30 a.m.  His attorney was somewhat put off by this restriction, however saw the wisdom after the first Friday morning call.

No distracting calls or emails from his attorney were permitted during the week.  That eliminated the interruptions and prevented the knot in the stomach from returning unannounced!   The attorney had one hour to discuss the case each week and that was it.  Not a minute more.

As the weeks passed and thoughts popped into his head about his defense, he wrote them on sticky notes and put them into a shoebox under his desk—out of sight.  On Friday mornings, he opened the box, discussed matters with his attorney at the appointed hour and then went back to his work and his life.

Putting a box around the obstacle, in terms of her time and thoughts, allowed this entrepreneur to return to who he was and what he loved to do.  A successful entrepreneur who helps others succeed.

The lawsuit is now behind him and it will not derail him again.  It’s was no surprise to me to learn that he was not negligent.  In fact, the opinion of the mediator was that he was sued because he did too much!

Tell us what you think about interruptions.  How do you successfully deal with distractions, detours and derailers?  Are you dealing with something that is derailing you?  If so, can you put a box around it so you can be your best?

Founder at Enterprise Transitions, LP and Exit Promise, LP
Holly A. Magister, CPA, CFP®, is the founder of Enterprise Transitions, LP, an Emerging Business and Exit Planning firm. She helps entrepreneurs assess, re-align, and accelerate their business with the intent of ultimately executing its top-dollar sale.
Holly also founded ExitPromise.com and to date has answered more than 2,000 questions asked by business owners about starting, growing and selling a business.

Holly Magister is the founder of ExitPromise and has answered more than 2,000 questions on the site asked by business owners who are starting, growing or selling their business.

Holly has invited other advisors to join her to help business owners find answers and succeed.

In 2017, ExitPromise was named the #6 Top Small Business Blog by BizHumm. Continue reading... 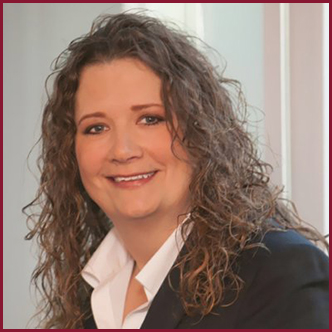 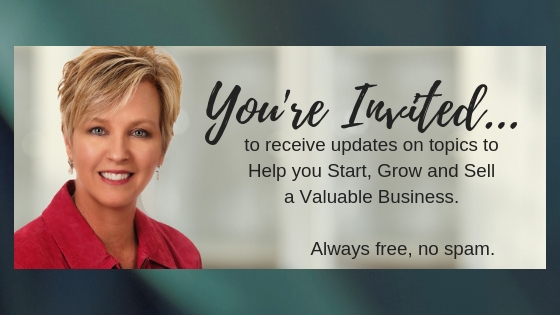 Your email has been accepted. Welcome!

A user with this email address has already subscribed.