by Jane and Scot Noel 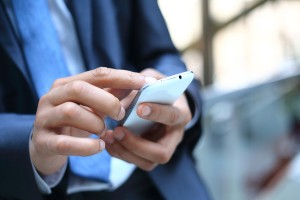 If the headline of this piece makes you nod in agreement, you’ll be surprised by what we have to say.

The truth is, the last time people had any difficulty scrolling was before the turn of the century, and the idea that websites should keep their information “above the fold” is an outdated myth.

So it’s not about scrolling. Rather it’s about finding the best way to engage your market with well placed web content.

According to an article in Time’s Business section from March of this year, 66% of attention on a normal media page is spent below the fold. Now it’s true that world renowned web usability expert Jakob Nielsen published guidelines to avoid scrolling, but he retracted that guidance in 1997, after people got used to the web!

The current wisdom from usability experts, eye tracking studies, and focus groups is that scrolling is better than paging. It’s easier for users to scroll than it is for them to decide if they should click through to another page.

This knowledge is, however, not an excuse for web developers to junk up the home page of a website with everything they can possibly throw at it. Users scroll based on the information trail you’ve provided. In other words, if the top of the page makes the content below the fold sound promising, users will scroll without thinking twice.

All Screens Are Not the Same

One practical consideration is that all computer screens stopped being the same sometime in the mid nineteen nineties.

In our office we have a number of 21” wide-screens, a 24” screen, a laptop with a 17” screen, a netbook with a 10” screen, and we have developed web applications for high resolution 55” screens.

Believe it or not, websites do not appear the same on all of these screens. So, for all of those developers trying to “keep their information above the fold,” what screen are they talking about?

And we didn’t even mention tablets and smart phones, which in 2014 are projected to displace computers and laptops as the majority devices used in online search. Have you calculated where the fold is on your iPad, Kindle, Nook, Samsung Galaxy Tab, or Internet enabled phone?

OK, honestly we don’t have a study to quote for this, but we’re going to go out on a limb and say it here first. People scroll on their phones and tablets! They do it guilt-free and joyously, with the effortless swipe of a finger.

It is beyond reason to think that, as soon as they get to a computer, they will refuse to scroll, or find it a burden. Scrolling is easy, and with touch-screens making in-roads on laptops and desk-top monitors, the finger swipe will be as easy in front of a big screen as a small one.

In fact, as the mobile market continues to grow, we expect more and more smart sites to adopt infinite scrolling as pioneered by Social Media,.

Should You Adopt Infinite Scrolling?

Probably not. We were just using that example to make a point. There are pros, cons, and subtleties to every element of small business web design, and our most valuable advice is to avoid jumping from one bandwagon to another.

Instead, carefully consider your audience and the purpose and functionality of your website, and DON’T AVOID SCROLLING just because a piece of expert guidance made when the web was new has long outlived its usefulness.

This is also nonsense and a misreading of how people interact with websites. Wikipedia alone is home to 32 million articles. The largest paper encyclopedias ever printed were a tiny fraction of that size.

Far from ignoring Wikipedia or refusing to scroll through its billions of words, the encyclopedia website has welcomed nearly 500 million unique visitors a month in 2014.

Yet what people tend to do online is not read paragraph by paragraph, top to bottom. Instead, they engage in scanning behavior, searching for the snippets of content that are most relevant to their personal concern.

Because of this, laying out text and information as though it were in book format is a bad idea, because doing so makes it difficult to find the desired snippet.

Rather than limit any page to a pre-determined word length, concern yourself with effectively communicating the ideas for that page. Empathize with the problem or challenge that brought the reader to your website in the first placeand offer an effective solution that engages their interest. Then show how your company, product, or process is the best possible service provider.

Organize your information, prioritizing critical concepts at appropriate places throughout the page, and yes, a good deal of attention-catching content should be near the top of the page; after all, that’s where people start.

But if you need more convincing that people read “below the fold,” here’s a witty article by Paddy Donnelly titled Life, Below 600PX.

While prioritizing information and keeping critical concepts near the top of the page are as important as ever, the fear that your web visitors will not scroll to find useful content is unjustified.

There isn’t even any physical way to determine where “above the fold” is in a world rich with different devices, browsers, and screen sizes.

Developers who continue to maintain a strict “above the fold” mentality are actually making it a little harder for their users to find the information they need, as scrolling is by far the easiest action any web visitor can perform on any website, using any device.

I have a startup

I am Growing or selling a valuable business!
x