Going After the Next Opportunity

This is the second part in a series called The Exit Interview featuring life-long entrepreneur Bill Hinchey. Read part one here.

It’s the late 1980’s and Bill Hinchey just saw his young company, Solar Care Technologies, featured in a complimentary Wall Street Journal piece. Hinchey, along with two other guys he met while working for consumer products giant Proctor and Gamble, had recently set up shop in a business incubator in Pennsylvania’s Lehigh Valley to develop a sunscreen towelette.

Undoubtedly the article had given Hinchey’s business a boost, upping its exposure and putting its name on the map. But as most young entrepreneurs come to learn, everyday is by no means another slam dunk waiting to happen.

As cliché as it sounds, one of the hardest parts is making sure the glass is always half-full, he says. That’s especially the case when in your first nine months of business, you rely on part-time work like delivering phone books to help pay the bills.

But that’s also where having the right business partners comes into play. “We were our own toughest critics but we were also there to support each other when we needed help,” Hinchey says.

The trio quickly realized that while their product was good, the market was still dominated by its biggest players. So when they had an opportunity just two years in to enter a licensing deal with Schering-Plough, then-parent company of industry leader Coppertone, they seized it.

But Hinchey and his partners are entrepreneurs and settling for a licensing deal after two years just wasn’t in the cards for them. And that’s where their tale gets rather interesting. Especially if you keep in mind that at this time George H.W. Bush was president and Al Gore had yet to invent the internet.

About a year after landing the Coppertone deal, the trio was approached by a Dutch medical device company that had caught the Journal piece some years back and was searching for a “young, hungry company” to move their products in the United States.

Sure, not one of them had the slightest idea about pushing medical devices. But a connection was made, a deal was signed, and before they knew it, Hinchey and his partners became the American importers for the company distributing their products across the country.

“Clearly our strategy back then was ‘Let’s throw a couple things against the wall and see what sticks,’” Hinchey said. “What was fortunate for us (was that) everything we threw against the wall stuck.”

And into the medical device market they went.

Willing to try it all out, the partners took a gamble on developing clinical chemistry test kits. Three years later, they went from zero kits to just about 40 million. Five years into the market and they bought the Dutch company that first sought them out.

“It’s mind boggling when I look back and say, ‘Did we really pull that off?’”

Hinchey’s company, which would then change its name to a more appropriate OraSure Technologies, continued to experiment within the marketplace, going on to create a saliva-based test for HIV, which he admits was a “game changer” in the early 1990’s.

For Hinchey, innovation was never a fear. It was a driver. And as he found out, sometimes that requires letting go of that great first idea and chasing the next one.

“You’ve got to be willing to cast that aside and go after what’s the new opportunity,” Hinchey said. You can’t have blinders on.” 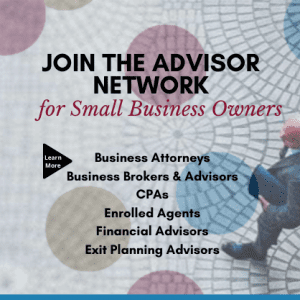