Payback Period for Buying a Business 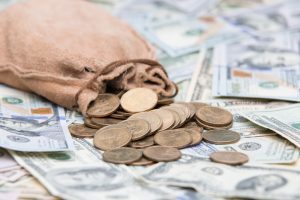 The payback period for buying a business is defined as the amount of time it takes to recuperate an investment, or to reach a break even point.

The payback period is a simple method of evaluating the risk of an investment.

The formula for determining the payback period is fairly straightforward: divide the initial cash spent for the investment by the amount of net cash flow expected to be generated by the project per year.

In this equation, we assume that the initial cash outlay occurs in its entirety at the beginning of the acquisition, and the annual cash flow remains the same each year.

Advantages of Using the Payback Period for Buying a Business

The payback period method of analyzing an investment’s break even point is popular due to its simplicity and its ability to apply to and compare nearly any investment.

From a risk analysis perspective, the payback period offers a snapshot of the total amount of time that the investment will remain at risk.

Disadvantages of Using the Payback Period for Buying a Business

Though the payback method is widely accepted as a reliable method for determining an investment’s break even point, it’s also important to be aware of the formula’s shortcomings.

Listed below are some disadvantages of using the payback method.

Despite its shortcomings, the payback period method provides a straightforward and simple method of determining an investment’s break even point and number of years it will take to begin producing a positive cash flow for the buyer as a result of the acquisition.

Assuming buyers keep the disadvantages of this method in mind, the payback method can prove to be a fairly useful tool when evaluating multiple businesses for sale.

I Have a startup

I am Growing or selling a valuable business
x